Interested in drought-tolerant plants but wondering how to plant succulents the right way for best results? That’s great because planting has everything to do with the future health of your succulents!

And what’s not to love about succulents?!

They’re unbelievably low-maintenance, they can thrive indoors, and they offer so much to the eye in the way of color and texture. Plant a few succulents in a pot and see how it can transform a drab space in your home to one that looks modern and contemporary.

People have different methods for planting succulents, but I’m going to show you mine because it’s the one I’ve had success with after more than a decade of caring for these beautiful plants.

If you’ve never grown succulents before, this information is going to get you started off on the right foot. If you’ve tried to grow succulents in the past but ended up killing them unintentionally, I think this post might help you figure out where you went wrong. So let’s get started!

First things first, you need to get the right supplies so your succulents can thrive in your home or garden. Luckily, these supplies are pretty inexpensive:

If you’re growing your succulents indoors, I recommend purchasing a pot or planter that you’ll be able to stand to look at every day! After all, indoor plants are very much a part of your home’s decor.

I personally LOVE to keep my succulents and houseplants in a crisp-white or ivory-creme colored pot, like the ones shown in this post. I think it makes the succulents pop and it also blends well with our furniture and home accents.

Always remember that choosing a pot with a drainage hole is so important to the health of your succulents’ root system. Since succulents store water in their leaves and stems, they can withstand several days, even weeks or months, without water. Storing water this way is what makes them so drought-tolerant.

A drainage hole allows excess water to drain from the pot so that the roots of your succulents don’t sit soggy soil.

Too much moisture is actually one of the top reasons people end up with dead succulents. If succulents are allowed to sit in soggy soil, their roots will eventually rot, which will result in a dead plant. Succulents simply do not need that much water.

Do your succulents a favor by planting them in a pot with a drainage hole. They’ll thank you for it by growing to be vibrant and healthy plants!

Using a good cactus mix or soil mix that’s specifically made for succulents is a good starting point. This soil will provide plenty of drainage and air circulation – something succulents need to thrive.

Once you have your succulents soil or cactus mix on hand, it’s time to pour it into your pot. (You can cover the drainage hole with some mesh to keep the soil from seeping out if you wish).

Pour enough soil into the pot so that your succulents can sit above the rim of the pot. If the leaves touch below the rim, simply add more soil to adjust the height.

TIP: I almost never strip the soil from the roots of my succulents before I plant them. I don’t find this necessary. All I do is take the plant out of its plastic container and transfer it over to its new pot, soil and all.

It’s the way I’ve done it for years and I’ve had no reason to change things. I know a lot of growers do strip the roots from their existing soil, but my plants fare better when I don’t do that. The only time I do that is when I’m making crafts with live succulents.

This is one of the most interesting things about gardening; while there are definitely some guidelines you want to follow, everyone develops their favorite way of doing things. If it works for you, then that’s great! Keep up the good work. As the saying goes, “To each their own”.

Now, if you want to achieve the look of tightly-packed succulents, simply plant each succulent closely together. Tuck in each plant wherever it looks good, so long as the base of the plant is sitting above the rim of the pot, as shown in the photo. (The photo is from my Instagram account, where I post photos of succulent arragements & gardening tips!).

Think of this step as an art form. Creating beautiful succulent or flower arrangements is definitely artful! Mix and match your succulents while being mindful of color, texture, and height – it’s the best way to end up with an arrangement that looks appealing.

As for succulents growing so tightly together, I never worry about that because they seem to love it. Plus, growing them this way keeps them compact, which I like. They can exist this way in the same pot for up to a year before you have to think about moving them when they’ve outgrown their pot.

I personally have a preference for smaller succulents over ones that appear overgrown, especially for my indoor planters. It’s your choice: you can plant just one succulent in a pot, plant just two, or plant plenty!
I’ve done them all and have loved them all, too.

Try arranging your succulents above the soil first, before planting, to see if you like the way they look together. Then you can proceed to change things around or start planting.

To plant, simply dig a hole in the soil for each plant, and make sure to place soil around the root systems.

How to Water Succulents After Planting

You might think you need to water your succulents immediately after repotting them, but DON’T. I recommend waiting about a week before giving them their first drink of water.

If you water them after planting, any roots that were damaged by the transplant or were already damaged can end up rotting or diseased. Waiting a few days will give those roots time to heal or callus over before they’re able to soak up water that would cause them to start rotting.

Plus, since succulents don’t mind dry soil, they’ll be fine with the wait.

If you repotted just one or two succulents in a pot, you can use a small watering can to water them. If, however, you planted them the way I did in the photo above, you’ll be better off using a watering squeeze bottle because it will let you be more precise with your water application.

A watering squeeze bottle (as shown in the photo below) or watering syringe is also easier to stick into the tiny spaces and crevices that are between each succulent so you can make sure the pot gets enough water.

TIP: If you’ve never grown succulents before, you should understand that you should only water the soil, NOT the actually leaves.

The leaves don’t need to be watered, it’s the soil that needs moisture because the roots will drink up the water and send it up to the leaves where’ll it’ll be stored.

If you’re growing succulents outdoors and have planted them directly in the ground, then it’s okay to get the leaves wet since the sun will evaporate the water quickly. You don’t have to worry about your leaves getting soggy and rotting from too much exposure to water.

I always take my time when I plant my succulents in pots because I care about how they look as a whole. In container gardening, many people like to follow the thriller, filler, spiller rule if they’re looking to make an arrangement that looks beautiful from all angles.

You absolutely do not have to follow this rule when planting succulents, but it’s a fun one to follow when you want to add a little more structure to your arrangements.

I consider the panda plant to be the thriller in the arrangement below, since it’s taller than the rest and features an interesting texture.

When looking at it from the side, you can see that the panda plant is much taller than the rest of the plants, even the colorful cacti.

The filler is a plant or plants that can fill the empty spots of the pot, and it’s usually a low-growing plant.
For my filler, I used lots of different low-growing succulents, mostly those that feature a rosette shape, like Echevarrias and small cuttings from larger succulents. The cacti are also being used as fillers in this arrangment.

I took small cuttings from my other arrangements to cover the tiny spots in the pot that needed to be filled. To do this, cut off small pieces from other succulents and then stick their stems directly into the soil. They’ll adapt and grow roots in a few weeks time!

Now onto the spiller. Spiller refers to any plant that grows downward in a cascading style so that it spills over the edge of the pot.

For this, I actually chose two succulents that stretched out and drooped downwards over time due to lack of adequate sunlight. (You can see what my spiller used to look like, below.)

I didn’t want to just discard the succulent so I decided to take advantage of its new droopy shape and work it into this arrangement as a spiller!

FYI the most popular succulent spiller is called Mother of Pearls, which I’m sure you’ve seen in many arrangements.

Where to Place Your Pots After Planting Succulents

Succulents need at least 6 hours of indirect sunlight, which means they should be close enough to a sunny window to get direct light, but far away enough that they don’t get scorched and sunburned from direct sunlight.

Some succulents can take the heat, while others are more sensitive to it during the Summer months. The trick here is to observe your succulents to see how they respond to where you’ve placed them.

Succulents can also be grown outdoors in direct sunlight, just make sure to watch how they do. You might have to provide some shade for them during the summer, so they have some reprieve from the hot sun in the afternoons. If they don’t perform well, just move them to a shadier (or sunnier) spot.

As long as you give your succulents access to sunlight, they won’t stretch out and become leggy versions of their former, compact selves. To avoid etiolation (the process of plants stretching out) be sure to set the pot down in a sunny area of your home.

Those are the basics of planting succulents. Remember that you can always shift your succulents around if you don’t like the way you positioned them the first time you planted them.

You should be gentle when handling your plants, but you should also know that these hardy creatures can take a move or two and they’ll b just fine! 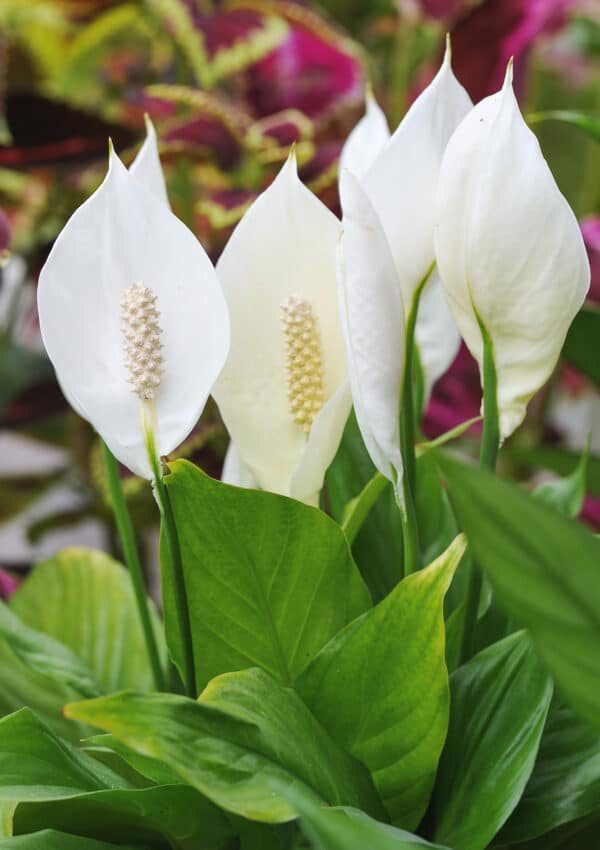 Peace Lily Care: How to Care for this Blooming Houseplant 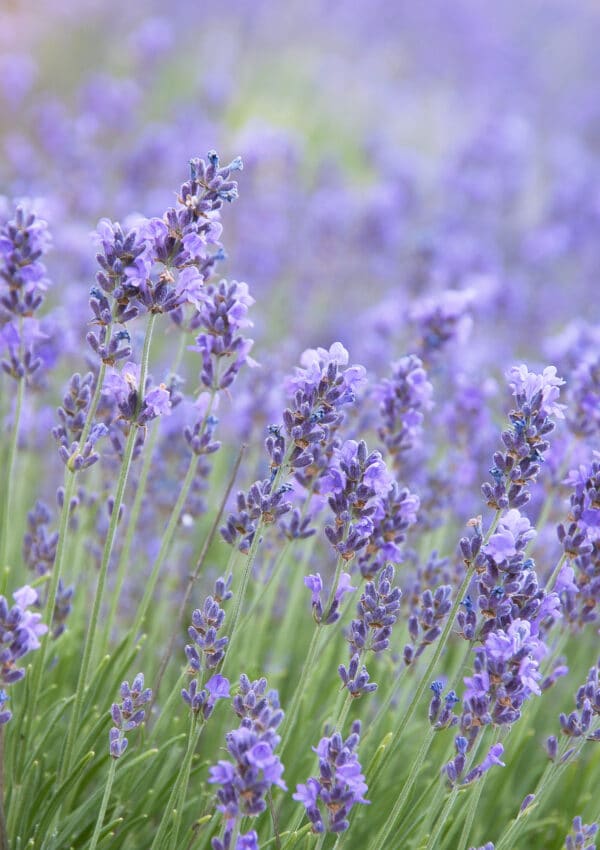 How to Grow Lavender 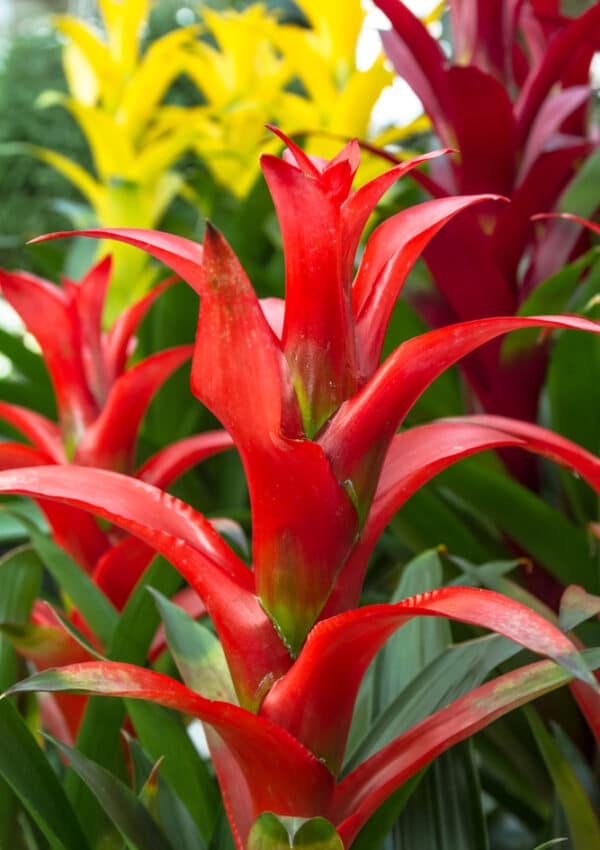 How to Care for Bromeliads 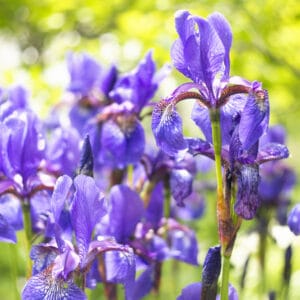 12 Long-Blooming Perennials for a Colorful Garden